Information of Ramadan Kareem, Wishes and more about Ramadan

Ramadan is the holy month of Islam in which Muslims fast for the sake of Allah. In this post we have explained in detail about fasting and Ramadan in English. And here are some beautiful pictures for Ramadan greetings. You can share these pictures of Ramadan Kareem on your social media websites for free and also send them to your loved ones. Here are some keywords to search for this post: Happy Ramadan, End of Ramadan, Taraweeh Namaz, Ramadan Kareem Meaning, Ramadan Fasting, Iftar Meaning, Sehri, Ramadan Start, Dua for Opening Fast, Рамадан Карим، Ramadan Background. 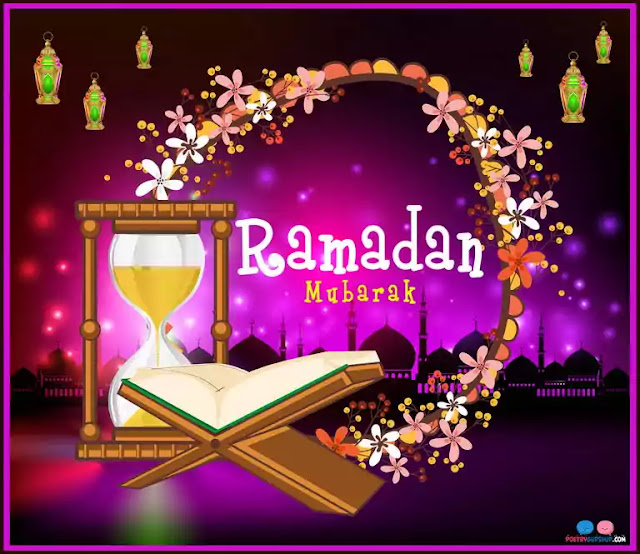 “Allah” commiseration is so spacious and prolate that he seeks the moments of kindness”.
“One his “Arsh”, He “Allah” imprinted the verse that His mercy surpasses his wrath”.
Ramadan is self-evident of the manifestation of Allah’s mercy and his love with his creation.
Ramadan:
The holy month of Muslims in which fasts are kept or observed, in order to get Allah’s affection and His unending shower of love.
Enviable Month of Allah:
Crown of creation Muhammad (P.B.U.H) narrated that “Shaban” is His desirable month among twelve months and “Ramadan” is the acceptable month of Almighty Allah.
Explanation of word “Ramadan”:
According to Sheikh Abdul Qadir Gilani, “Ramadan "رمضان  " is the combination of five beautiful alphabets (Haroof). “Ra” "ر" means “Rehmat”, “Blessings of Allah”, “M”, "م" means “Muhabbat” (Love), “Fondness of Allah”, “D”, "ض" means “Zamanat”, “Security of Allah”, “A”, "الف", means “Ulfat”, “Affection of Allah”, “N”, "ن", means “Noor”, “Luminescence of Allah”.
Ramzan is the mixture of Allah’s blessings, fondness, security, affection, and Luminescence. 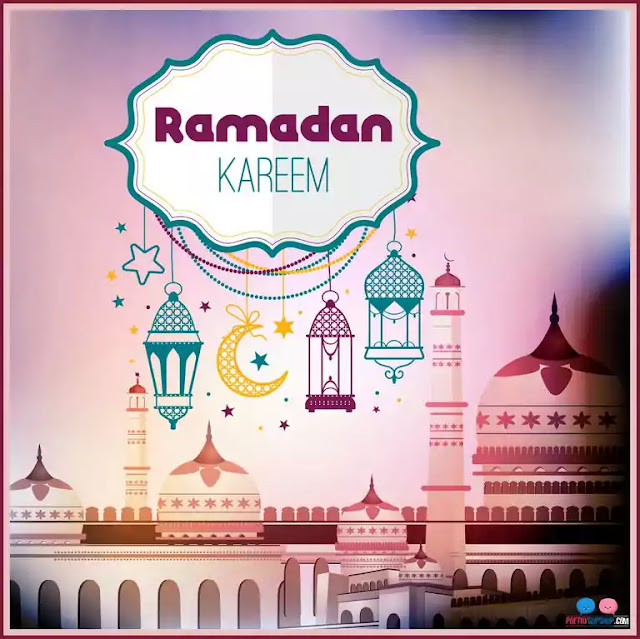 Four Different Names of Ramadan
First Name (Ramadan):
Ramadan word is derived from “Ramz” means “Furnace”, "بھٹی", Ramadan is the sweetest fire which burns all the sins committed by Muslims throughout the year, and makes them pious and pure.
Second Name (Month of Patience):
Ramadan propagates patience, and the patience which is learned or practiced in the month of Ramadan, helps us to live our life smoothly in the rest of the year. Therefore, it is called Month of Patience.
Third Name (Month of Mawasat):
Mawasat means richness or prosperity. In this Month of Mawasat, Muslims become spiritually rich, and they get the unique munificence to share whatever they have, with their Muslim brother. So, it’s the Holy Month of sympathy and Mawasat.
Fourth Name (Month of Auspiciousness):
It’s the month of greatness and auspiciousness, because in this month the Muslim who provides food or water to the other Muslims, who has fast, will be blessed by great Almighty Allah, with a huge reward, and the man who observed fast would be blessed too, on this special month, Allah Almighty sends all his delicacies to this world, and makes the whole environment picturesque and spiritual, which is the great boon of the creator. 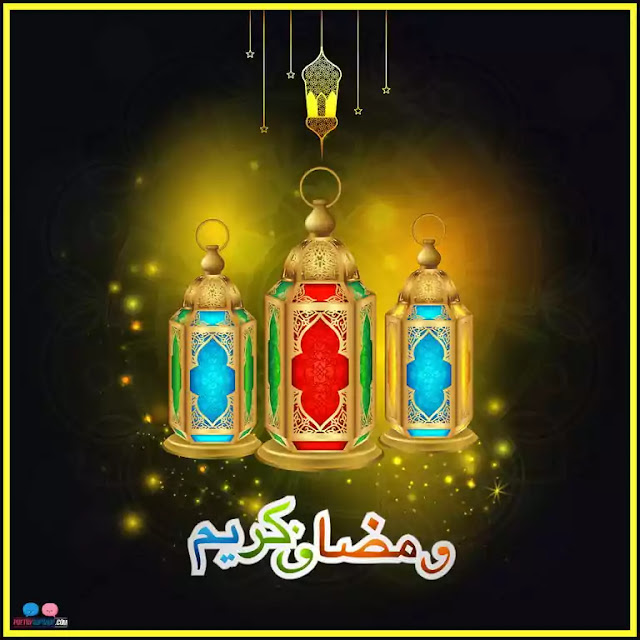 Three Phases of Ramadan:
First Phase (عشرہ) is the Phase of “Rehmat”, “Blessings”, and in this phase or decade of Ramadan, we receive blessings that make Muslims fit and healthy.
Second Phase (عشرہ) is the Phase of “Maghfirat”, “Forgiveness”, with the help of fitness, which we got in the first decade helps us to spend more time in seeking Allah’s unlimited and unmeasurable Pardon and love.
Third Phase (عشرہ)  of Ramzan is the Phase of Safety from Hell,  it is the Part of Ramzan, that when it comes, we work hard to get rid of hell’s furnace and ultimately, at the end of Ramadan, by the grace of Allah, we humbly become  ready to get our prize, Which is “Jannah”, ‘Heaven”. 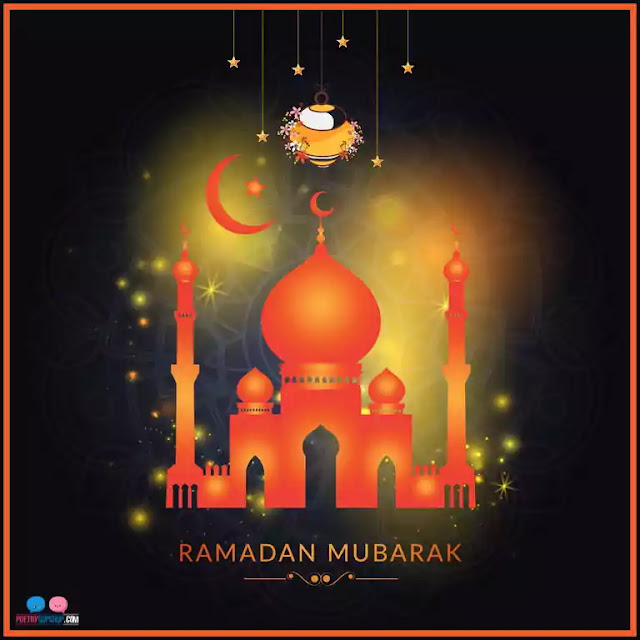 The greatness of Ramadan:
The greatness of Ramzan can be guessed from this fact, that Quran has been descended by Allah Almighty in the month of Ramadan. And the name of this Holy Month is narrated in Quran.
It is evident that the invisible doors of skies are opened in Ramadan, and from those doors special blessings are descended toward earth, and from this act, the people of Jannah and “Nymph”(Hoorain) get the news that Ramadan has arrived to shower his blessings, and they too, get busy to pray for Muslims. The doors of hell are kept close during Ramadan.
Hazrat Abu Hurairah R.A described that, Holy Prophet Mohammad P.B.U.H says, “The man who observed fast (Roza) with Iman and Purity, his former sins would be Pardoned”.
And in this month every act of goodness gets its reward, from 100 times to seven hundred times except for Roza. Allah Almighty knows the reward of Roza. Holy Prophet P.B.U.H says, “that there are eight doors of heaven and “Baburian" is one of them, and the man, who keeps fast for the sake of Allah will go to the heaven through this door”. - (Muslim, Bukhari)
On another place Prophet Mohammad P.B.U.H declared that fast and recitation of Quran will become mediate of that the person who practiced them at doomsday, fast will say, that he stopped him from eating, drinking, and otherworldly pleasures and Quran will request that, he kept the man awaking and reciting the Holy verses of Allah’s last words at night. So that Muslim should be pardoned. To our wonder, Holy Prophet P.B.U.H says that Allah says,

Holy Prophet says that every Muslim is supposed to pay back the bills of his/her misdeeds which have been done by him/her and for the payment, his good deeds will be used, means, the reward of his good deeds will be given to that person, with whom he misbehaved in temporary world.
In this way, his all good deeds might be used except Roza or Fast, because Allah Almighty has declared that particular act is for him only, and nobody can get it. This is the peculiarity and uniqueness of Roza and Ramadan.
And the Crown of Creation P.B.U.H said that, 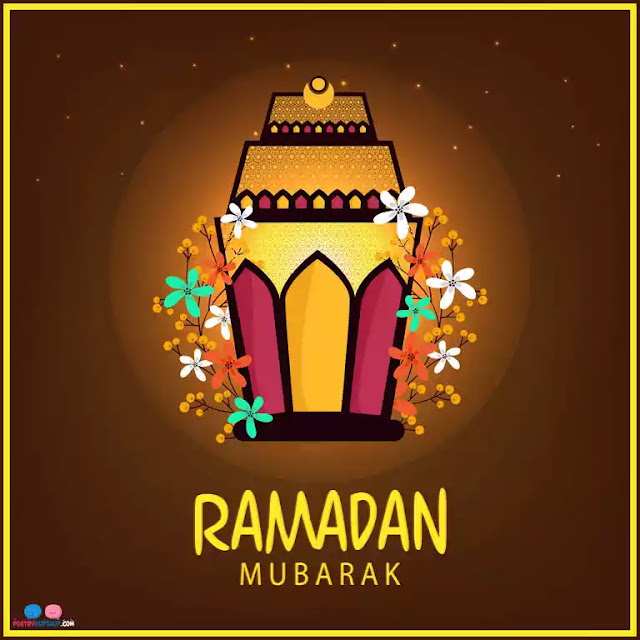 Spiritual mediation / “Itakaf”:
Itakaf is a spiritual meditation, in which Muslims, who want to perform this spiritual act, use to retire in Jamia Mosque, and spent whole (last Ashra “Phase”) ten days since 20th till 30th Ramadan, and during this meditation, they are not supposed to entertain themselves, with worldly pleasures.
They are considered to remember Allah every time, and to get the special boon, and this boon is Allah’s love. And the great benefit of this meditation is that a Muslim gets a package of 10 days to ponder about his past, and in case, it is not fruitful he has the time to set his life and life’s goals according to the perception and thinking of a pure Muslim after this meditation or Itakaf.
The windfall of Shab-Barat (Special Night Ever):
The beloved Prophet of Allah said that “Shab-Barat is the night which is better then the thousand months and this gifted night comes in the special month of Ramzan. And it might be 27 night of Ramzan and the Burden of this spiritual the night is minute, but the reward is unspeakable.
And according to Surah Qadar Angles come to the earth to observe the Muslim's prayer and worship, from night till morning. There are three types of worship but the most important is to offer Esha prayer and Fajar prayer with full devotion. And the person, who does not avail himself, the chance of his pardon, he is sole unblest and unlucky. 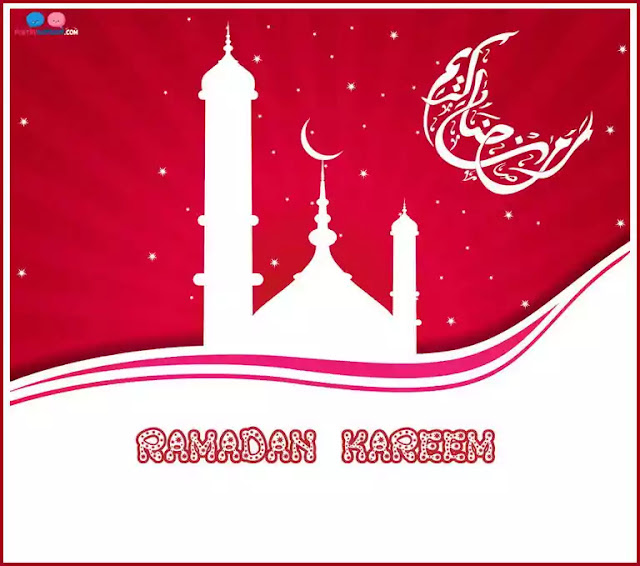 14 August,1,15 August,1,Ashura,1,Birthday Wishes,1,Daylight Saving time,1,Eid-al-Adha,1,Eid-ul-Fitr,2,Ghandhi Jayanti,1,Islamic New Year,1,Ramadan Kareem,3,Victory Day,1,
ltr
item
Poetry Wishes: Information of Ramadan Kareem, Wishes and more about Ramadan
Information of Ramadan Kareem, Wishes and more about Ramadan
Ramadan is the holy month of Islam in which Muslims fast for the sake of Allah. In this post we have explained in detail about fasting and Ramadan in English. And here are some beautiful pictures for Ramadan greetings. You can share these pictures of Ramadan Kareem on your social media websites for free and also send them to your loved ones. Here are some keywords to search for this post: Happy Ramadan, End of Ramadan, Taraweeh Namaz, Ramadan Kareem Meaning, Ramadan Fasting, Iftar Meaning, Sehri, Ramadan Start, Dua for Opening Fast, Рамадан Карим، Ramadan Background.
https://1.bp.blogspot.com/-S02B3RcSIcQ/YKO18Ypn9LI/AAAAAAAAOYg/21f9d3I70zciJd-Aw2lbTyY9aUKAeGJYACLcBGAsYHQ/w640-h554/Ramadan-Kareem-Mubarak-Quran-Karemm-Lalten-Wishes-Image.webp
https://1.bp.blogspot.com/-S02B3RcSIcQ/YKO18Ypn9LI/AAAAAAAAOYg/21f9d3I70zciJd-Aw2lbTyY9aUKAeGJYACLcBGAsYHQ/s72-w640-c-h554/Ramadan-Kareem-Mubarak-Quran-Karemm-Lalten-Wishes-Image.webp
Poetry Wishes
https://www.poetrygupshup.com/2020/04/information-of-ramadan-kareem-with-wishes.html
https://www.poetrygupshup.com/
https://www.poetrygupshup.com/
https://www.poetrygupshup.com/2020/04/information-of-ramadan-kareem-with-wishes.html
true
6072048437244716020
UTF-8
Loaded All Posts Not found any posts VIEW ALL Readmore Reply Cancel reply Delete By Home PAGES POSTS View All RECOMMENDED FOR YOU LABEL ARCHIVE SEARCH ALL POSTS Not found any post match with your request Back Home Sunday Monday Tuesday Wednesday Thursday Friday Saturday Sun Mon Tue Wed Thu Fri Sat January February March April May June July August September October November December Jan Feb Mar Apr May Jun Jul Aug Sep Oct Nov Dec just now 1 minute ago $$1$$ minutes ago 1 hour ago $$1$$ hours ago Yesterday $$1$$ days ago $$1$$ weeks ago more than 5 weeks ago Followers Follow THIS PREMIUM CONTENT IS LOCKED STEP 1: Share to a social network STEP 2: Click the link on your social network Copy All Code Select All Code All codes were copied to your clipboard Can not copy the codes / texts, please press [CTRL]+[C] (or CMD+C with Mac) to copy Table of Content